RUSH: Here is Annie. Annie in my adopted hometown, Sacramento, California, great to have you with us. Hello.

CALLER: And I wanted to ask if you would play two songs for me.

RUSH: Requests. Requests. I love requests. What are the songs do you want to hear? 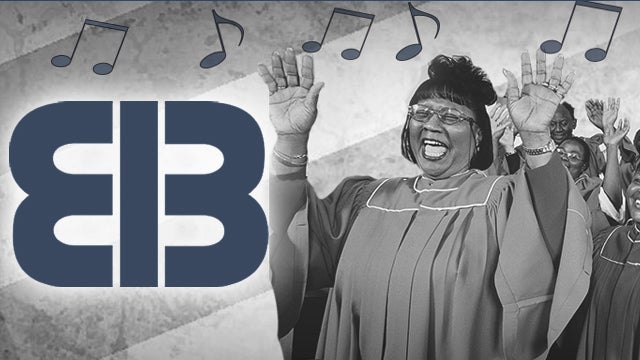 RUSH: That would be Barbara Chenault Law from Texas. She's from Dallas. Well, yeah, I love getting requests. You know, we don't get requests much. I would love to play these two tunes for you. Let me tell you something, Annie. You are so sweet; so nice; so perceptive. I was a smoking deejay. I was ahead of my time. I kept getting fired for playing music I liked instead of adhering to the boring programming format.

I kept getting fired for making political comments. The management, "You don't get to say that, management says that." I said, "You never say it. We don't do editorials here." Anyway, yeah, those were fun days. Well, here we go. It's the Rush Hawkins Singers and Thank the Lord.

There you have it, folks, the Black Lives Matter singers.

On loan from God. The Rush Hawkins Singers. I was just kidding about it being the Black Lives Matter Singers. I don't know that they know how to sing.

RUSH: We had a request for a couple of tunes from a caller in Sacramento. By the way, she might have said something you were like, "What? What was she talking about?" She said she had been here since before I aborted my first call. Perhaps it was the creative bit that put the program on the map after we had gone national.

Abortion was a big, big deal 30 years ago, the debate was hot and heavy, as it always has been. So I thought rather than just tell everybody what I thought, which I'd been doing and doing, well, why not illustrate it? Why not illustrate what actually happens using phones? I don't have time, it took two hours to go through this whole thing and I'm not gonna do that.

And then -- I'm really shortening this -- and then what happens if I get a call that I don't want? You know, I went out there and I invited people to call. I assumed the responsibility, and then all of a sudden I got somebody on the air, and I don't want to talk to 'em, I wish they hadn't called. Like, gee, I wish I hadn't gotten pregnant.

So I just decided to abort the call, and I did it with vacuum cleaner sound effects. And said, "See? It never existed, folks. Because I just decided I didn't want it. That call was worthless, I could tell that call wasn't gonna amount to anything, that call was not gonna help this program, a mistake was made in accepting that call, it's not my responsibility," and so I just Hoovered the thing.

Because it was so well done, it was -- if I did it today, even if I went back, got the tape, just the replayed what we had done, intolerable. It was seen back then for the brilliant creativity that it was. It was also seen as highly controversial and insensitive and so forth. The left didn't like it because it blew up every point they had ever made. But today the creativity would not be acknowledged. Anyway, that's what she was talking about.

The second tune she requested was -- she wanted to dedicate it to me and Kathryn -- Barbara Chenault Law, a soprano, world-renowned opera singer from Dallas, Texas, who adapted Puccini's La Boheme. My mother loved this song. My mother met Barbara Chenault Law and loved her. And it is gorgeous, and here it is.

I need to make correction. That's not La Boheme. It's Puccini, but it's Gianni Schicchi, not La Boheme, a minor correction. Barbara Chenault Law. We had no idea it was coming. It just came in one day. So did Thank the Lord Rush Limbaugh's On, just came in one day. People were deeply moved, deeply attached, loved the program, were sending their work in. And Barbara Chenault Law went to her own expense to record that in the studio and just blew me away. And that stuff is now itself 25 or 27 years old. I'm honored to have those two requests and be able to play them.