RUSH: Folks, I gotta tell you, the level of incompetence at some of the formerly most trustworthy, reliable institutions is one of the greatest elements of this country's -- not destruction. You used to be able to count on things. There used to be institutions that were reliable, you trusted the people in them, you trusted when they came out and said something, especially if they were focused on public safety.

And now that trust just isn't there. And the answer, the reason why is not that complicated. It is liberal political corruption of these institutions that has led to all this. Now you got people questioning what they hear about anything. For example, the left is serious about defunding the police departments. But yet there's a poll out that shows most people don't think that's what they really mean. They do mean it. 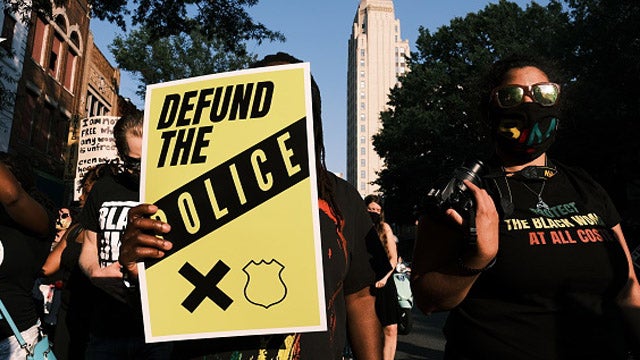 Clearwater, Florida, they're gonna get rid of the cops and they're gonna replace cops with social work. Clearwater, Florida. Or is it St. Pete? I'll find it in a minute. But people don't believe that the left is serious about defunding the cops. This is a Monmouth University poll, found only 18% of Americans believe the left and these Democrat cities and states and who say defund the police actually means defund the police.

Well, they are terribly mistaken. The anti-police are not shy about it. Black Lives Matter says on its website it wants to defund the police to invest in communities. They're dead serious about defunding the police and replacing the police with themselves, social workers or what have you.

Look at this. "Seattle cutting the police budget by half." Seattle city council now supports defunding the Seattle police department by 50% and sending that money to the community, whatever that is. That's community organizer, Black Lives Matter is gonna get the money. It includes free housing and other economic benefits to minorities, which is already happening.

And I have told you, I have warned everybody that this is a way for the left to infiltrate normally conservative police departments with progressives, social workers, left-wing Birkenstock sandal wearing, longhaired, maggot-infested no underarm deodorant, little socialist day care workers running into your house pretending to be cops. I mean, who's more progressive than social workers?

Anyhow, even St. Petersburg, Florida, is gonna do it. Never mind it means social workers are gonna have to deal with drug addicts and the mentally ill. And believe me, those kinds of people can become violent without warning at any time. This is gonna lead to the death of social workers. It's gonna lead to massive lawsuits against cities and towns. 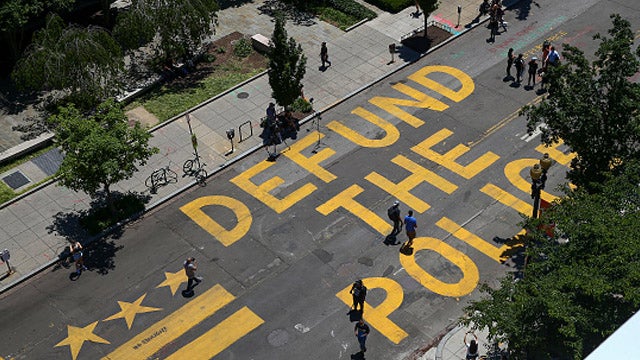 Well, I don't know, this is gonna be fun to watch. Oh, of course they're gonna get a salary increase after defunding the cops. (interruption) Well, this is the thing. Mr. Snerdley, the Official Program Observer, just asked me how long do I think this experiment is going to last. And by "experiment," do you mean the left-wing Democrat Party takeover of our culture? (interruption) Oh. You mean the experiment, the specific experiment of social workers taking over the role of cops, how long is that gonna last?

I have no idea. Obviously you think it's not gonna last very long. (interruption) If social workers get killed in this mess, if that happens, who do you think is going to get blamed for it? (interruption) You think the social worker will get blamed for not doing a good job? So St. Petersburg is getting rid of the cops, the cops are not gonna deal with this, they're gonna deal with the supposed violent stuff.

The social workers get to deal with mental insanity, drug addiction, alcoholism, all the other stuff, you know, family disputes, beheadings in the home, whatever happens out there, and they're unarmed. If social workers get killed, you think they're gonna get blamed for it? (interruption) Well, we'll see.

RUSH: By the way, you remember all the social workers that ran into the World Trade Center on 9/11, right? And the Pentagon. Nah, just being a little snarky.