RUSH: Let me tell you something else. Let me get into some brief debate analysis. There's more of this, 'cause I saw something. I saw everything everyone else saw last night. I saw these idiots trying to moderate this thing, lose control of it, and I saw... (chuckles) Folks, do you know (sigh) how embarrassing it was? Kathryn and I were watching the debate, and after two video shots of those candidates standing there with their hands raised, we started looking at each other. 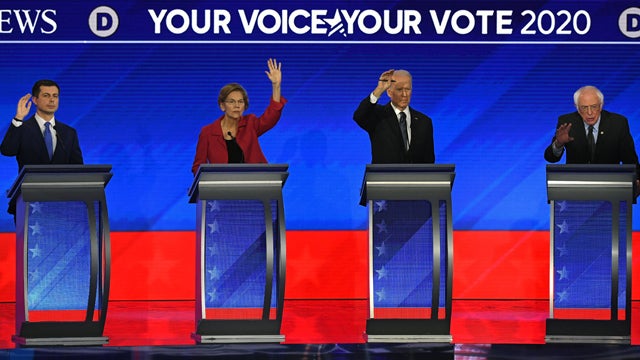 "Hey, ask me a question. You're not giving me long enough to talk." Do you think that would ever happen with Donald Trump on a debate stage? Donald Trump, when he conducts a press conference, you don't even see the media. Donald Trump has come up with a brilliant way of doing press conferences. They're outside on the way to the Marine One helicopter, and the camera is never on the media. You never see them. 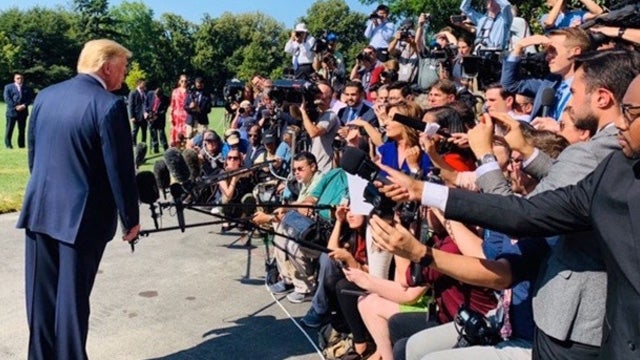 The only thing you see is him, and he's the one pointing at the media, telling them when to go. It looks like he's conducting an orchestra. It's brilliant. He doesn't raise his hand and ask for permission like the people on that stage. What in the world was that? That was... I'm telling you, folks, it was nauseating to me to see people campaigning to be president raising their hands to ask the media permission to speak.

Not because he's a socialist. They don't object to that. They don't object to Bernie's madcap socialist, communist ideas. Their problem with Bernie is they know he's gonna lose. That's the only reason they oppose Bernie Sanders. This is what was abundantly clear. They didn't lay a glove on Bernie last night. They didn't touch him last night -- and he's the frontrunner. They had to go get him. You know, Plugs is out there saying that guns have killed half the population. 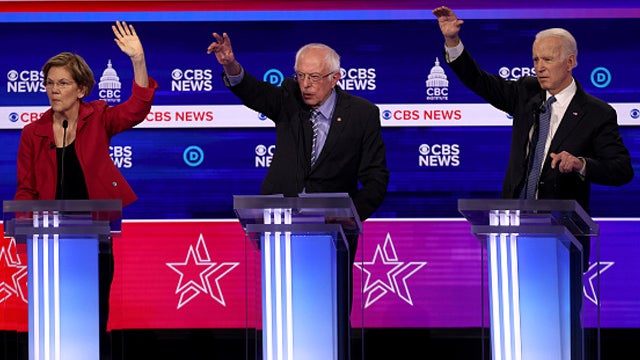 He's still got Clyburn's endorsement today 'cause Clyburn has to maintain his position in the Democrat establishment so that when Bernie wins the nomination, Clyburn can say, "Hey, hey, I did everything I could to stop Bernie in South Carolina. I endorsed this guy, Plugs. He had no chance, but I still did it for the party. You can't throw me overboard."

That's why he did it. These people do not oppose Bernie Sanders for his socialism. They don't oppose him for his communism. They oppose him 'cause they don't think he's gonna win. That was the most telling thing of all to me last night -- and there were a lot of things that stood out, and I'm gonna tell you about 'em after I take a break and catch my breath here.

RUSH: Now, one of the things I noticed in the debate here -- I'm just gonna give you a little heads-up -- is one of the moderators named Whitaker, Bill Whitaker, was asking Biden about all the great things that Biden and the Democrats have done for African-Americans. And it was clearly a setup question. A real journalist would have asked a totally, entirely different question.